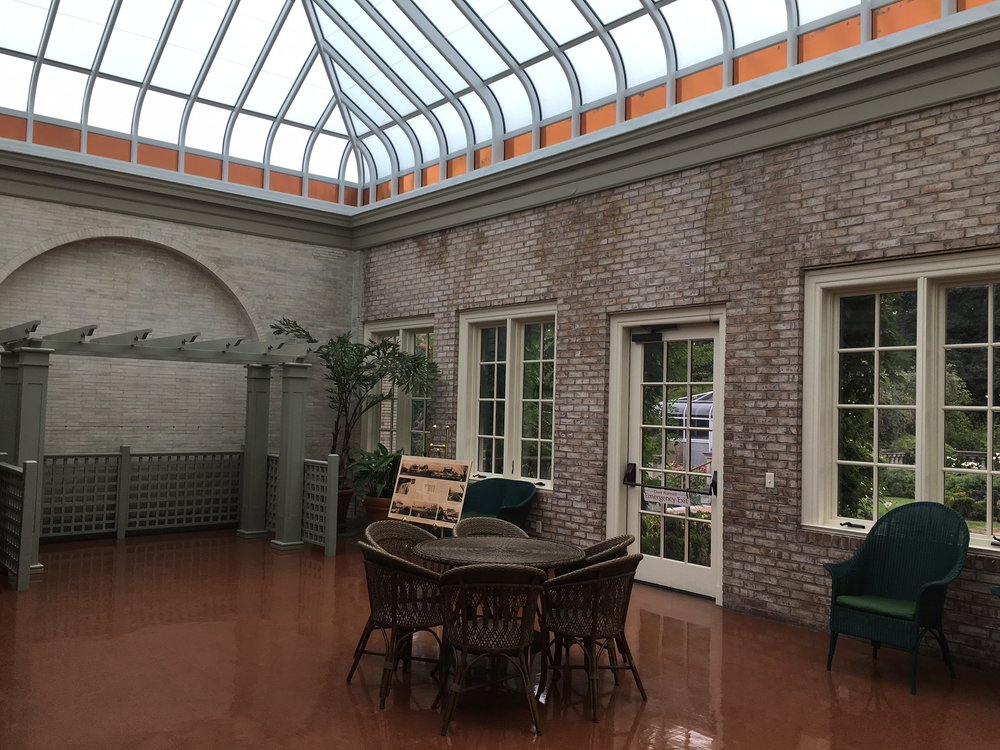 Since this room serves as your entrance to the mansion, it’s time for some background about the house. It was built between 1902 and 1905, by Rochester architect J. Foster Warner on eight-and-a-half acres of what was then considered “rural” Rochester.

Mr. Eastman purchased this land because, he said, he needed room for his cows. The house, which cost $330,000 to build, was certainly elegant, with 37 rooms and 13 bathrooms, and with Mr. Eastman’s usual and complete attention to detail, it was also very personal and up to date, with central heat, central vacuuming, twenty-two phones, and a master clock system.

Mr. Eastman was 48 years old when he built his magnificent home. He built it for his mother and as a place where he could share his love of music and gardens with his many friends. Though a private man, he was immensely hospitable; he regularly invited as many as 100 people to his home at a time.

It was here, in the Palm House, that Mr. Eastman grew the many exotic flowers and plants that graced each room in the house. Orchids were given to women guests, and became the centerpiece for his dining room table. It was said that lady guests often were chilly because temperatures were kept low to keep the flowers fresh. In all, the house had eight gardens tended by nine gardeners. It had been Mr. Eastman’s wish to have a garden view from every window of the house … and he did.

Your next stop is along the latticed hallway, the colonnade.