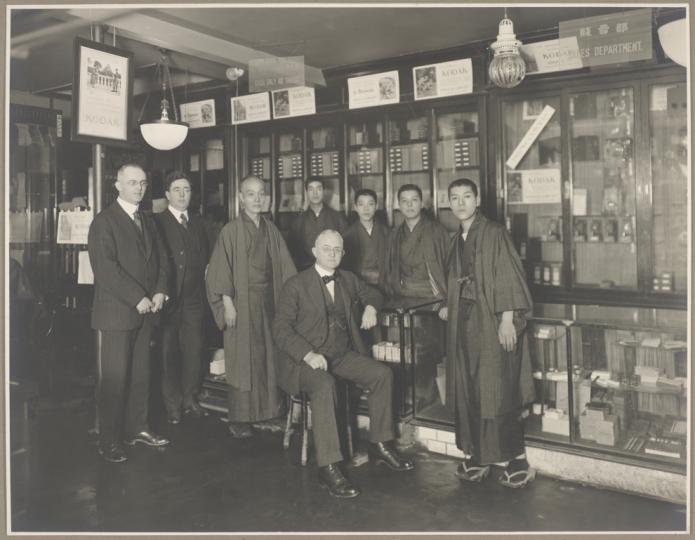 The 1920s were George Eastman's final full decade—and would prove to be his most productive. With World War I over and Eastman Kodak Company’s global expansion well underway, Eastman focused on making Kodak a leader in industrial relations and making Rochester a better place to live for his employees. This display in the Sitting Room explores aspects of Eastman's life in 1920 through artifacts such as an album of photographs from the construction of the Eastman Theatre, newspaper articles, the first issues of Kodak Magazine, and souvenirs from his trip to Japan.