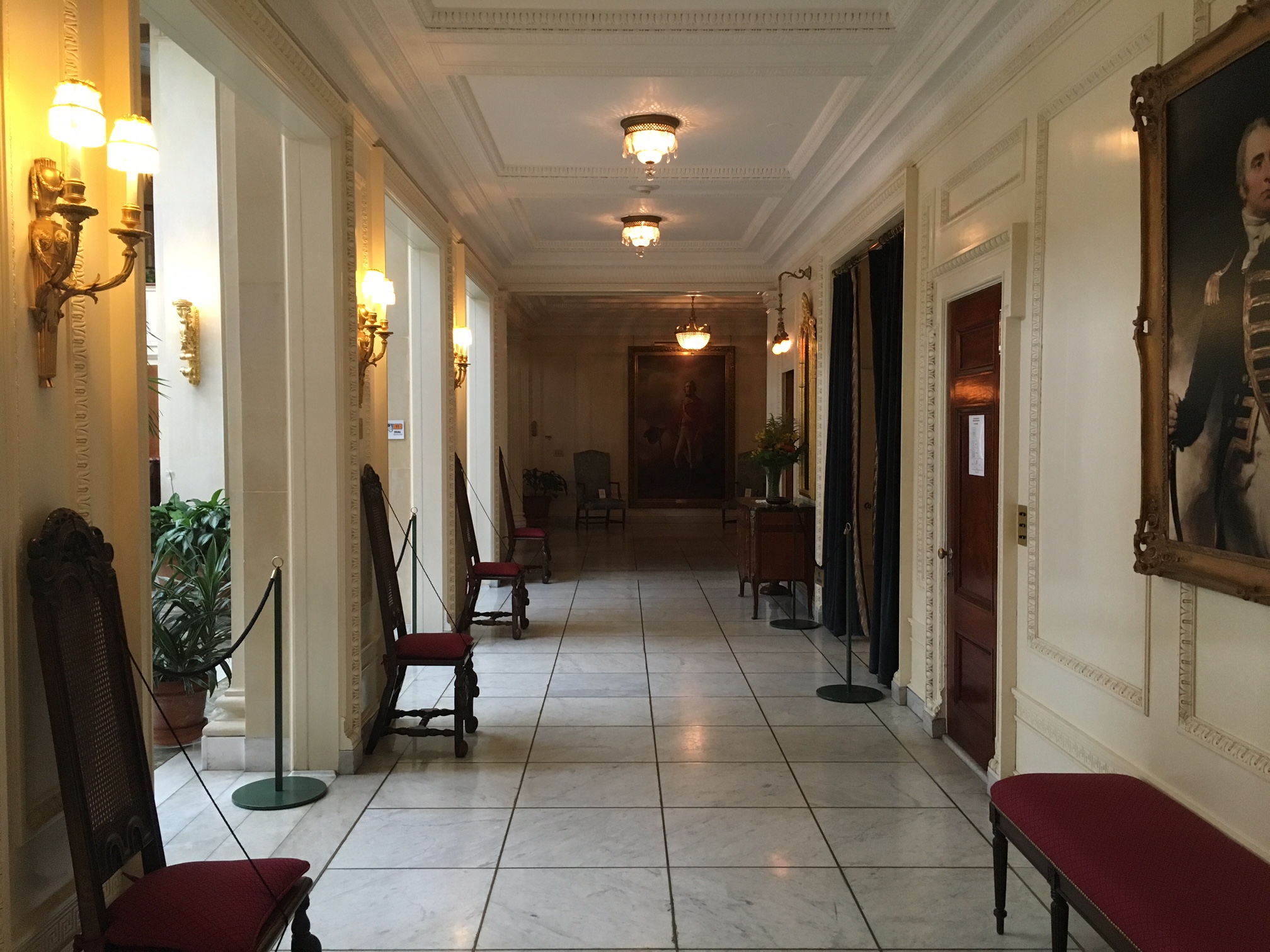 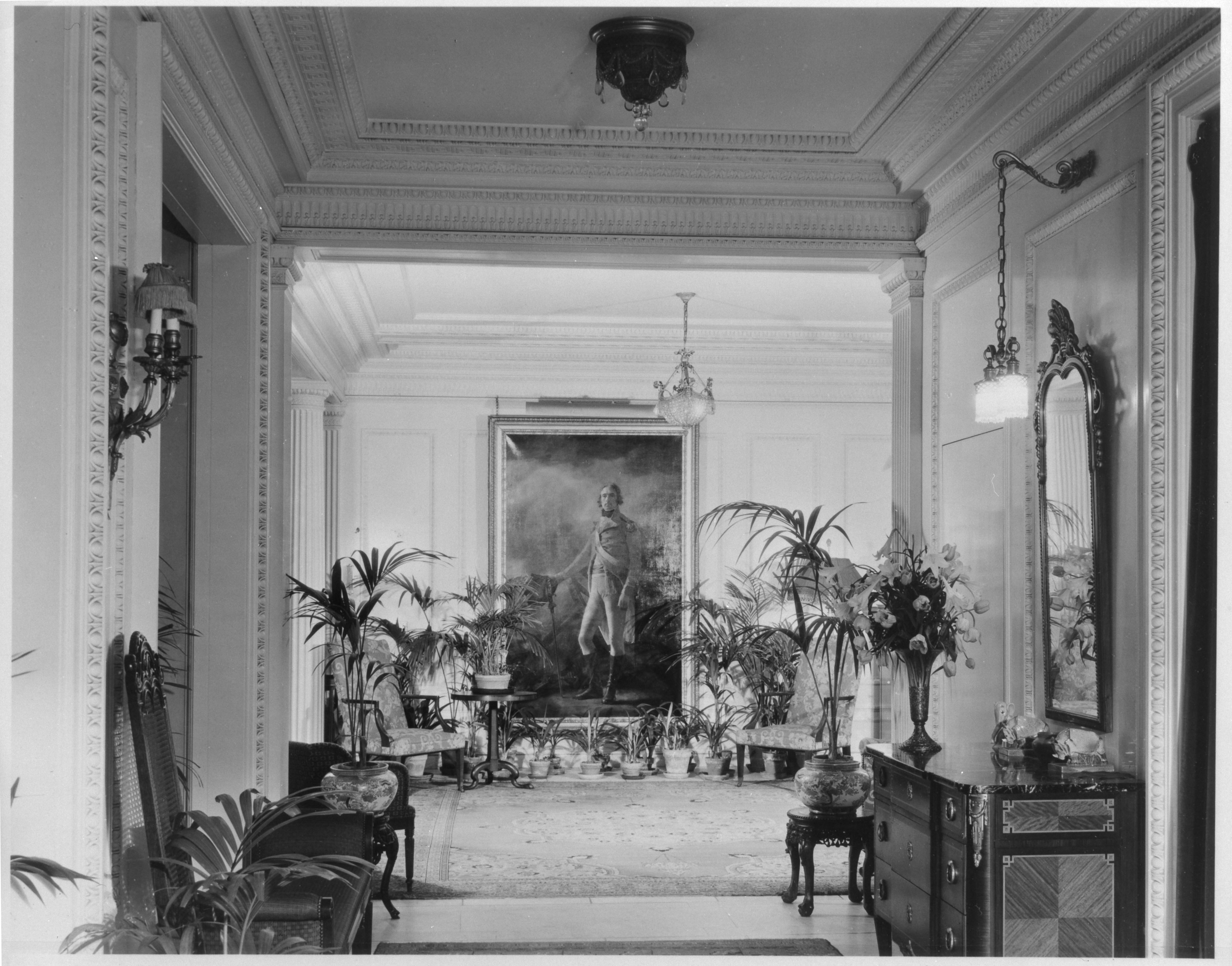 It’s hard to miss the elephant’s head dominating the room. Mr. Eastman loved hunting and fishing, learned from earlier times spent with his five uncles. Also, as was the custom then – before we became aware of wildlife conservation – he made several hunting safaris to Africa. Of course, he was proud of this glorious result of his days of hunting and filming with Osa and Martin Johnson, early and famous naturalists. The elephant head is an exact reproduction of the original.

In the beginning, this room was square. However, in 1919, Mr. Eastman decided he wanted to add nine feet, four inches to its length. So he had the north end of the room sawed off, moved the 2,000-ton walls on railroad ties the necessary distance, and enclosed the new space. Of course, everyone said it couldn’t be done, but it was.

The move gave the room a more aesthetic feel and, most important, more space for company. Expanding the room cost twice what it cost to build the entire house, but to Mr. Eastman, it was worth it.

Look more closely at the left end of the room, and see if you can find evidences of the change.

Mr. Eastman had the decorative iron grill work surrounding the door to the dining room added in 1924 as a focal point. The work was constructed by Samuel Yellin, one of the foremost wrought-iron sculptors of the day.

The conservatory still welcomes museum guests on special occasions and sometimes, just as it was in Mr. Eastman’s day, the floor is cleared for dancing.

To the left of the curtained doorway is the restoration of Mr. Eastman’s gentlemen’s lavatory. Behind the curtains and the velvet cord, you will see the door to the porte-cochere, where guests once entered.

At the end of the room as you move to the front of the house, you’ll see a large portrait of General Hay MacDowell by Sir Henry Raeburn. Mr. Eastman collected art, gathering 200 fine works before he died. Since much of his collection was given to the University of Rochester’s Memorial Art Gallery, most of the pictures you see are, what else, photographic reproductions.

Before you leave for the Billiard Room to your right, take a quick look at the cabinet across the way against the staircase. It’s the organ roll player that Mr. Eastman could activate from other rooms in the house.