A Ghost in the Garden 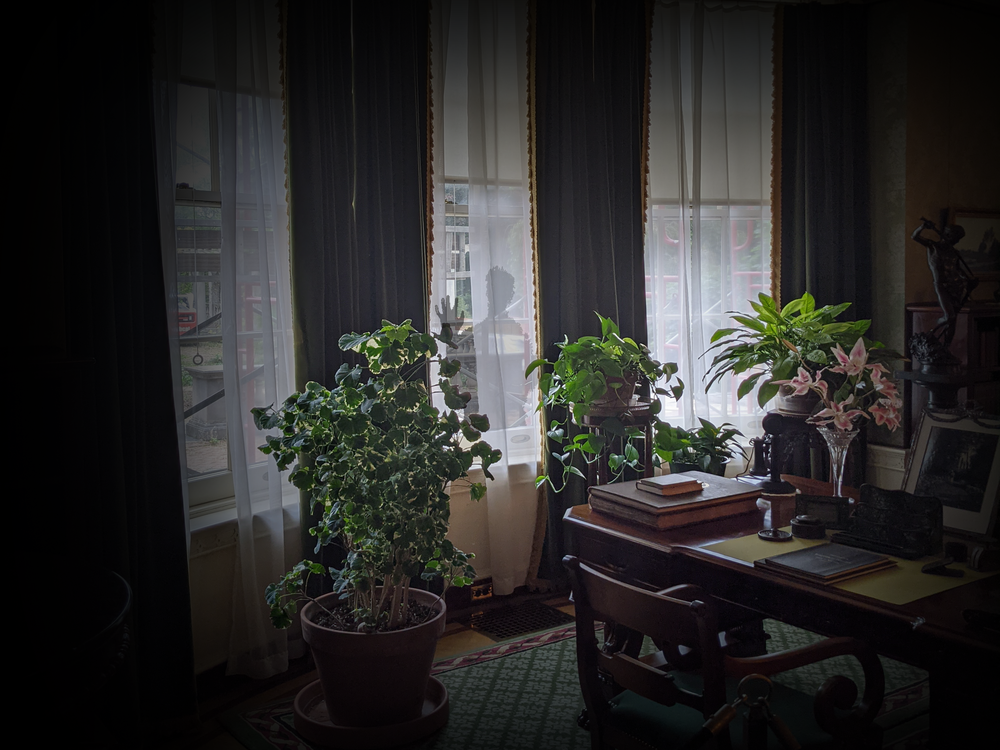 To the Living Room, I hear the ghost.

She beckons us, perhaps she's our host...

Late one evening after an event, our facilities crew was cleaning the mansion, getting ready for the next day, when one of them happened to look out the windows into the Terrace Garden. He saw an older woman sitting in a wooden wheelchair on the brick pathway.

He went toward the window in order to see if she was alone, or being escorted by a staff member, but as he moved closer, a curtain obscured his view and she was no longer in sight.

He brushed off the incident, but then looked up at the portrait of George Eastman’s mother, Maria Kilbourn Eastman, above the desk. And then he realized with a start that this was the woman he had just seen.

He moved quickly back to the window to find the woman, but there was no trace of her.

The spirits are beginning to awaken, we must hurry. Join me upstairs on the landing of the stairwell.