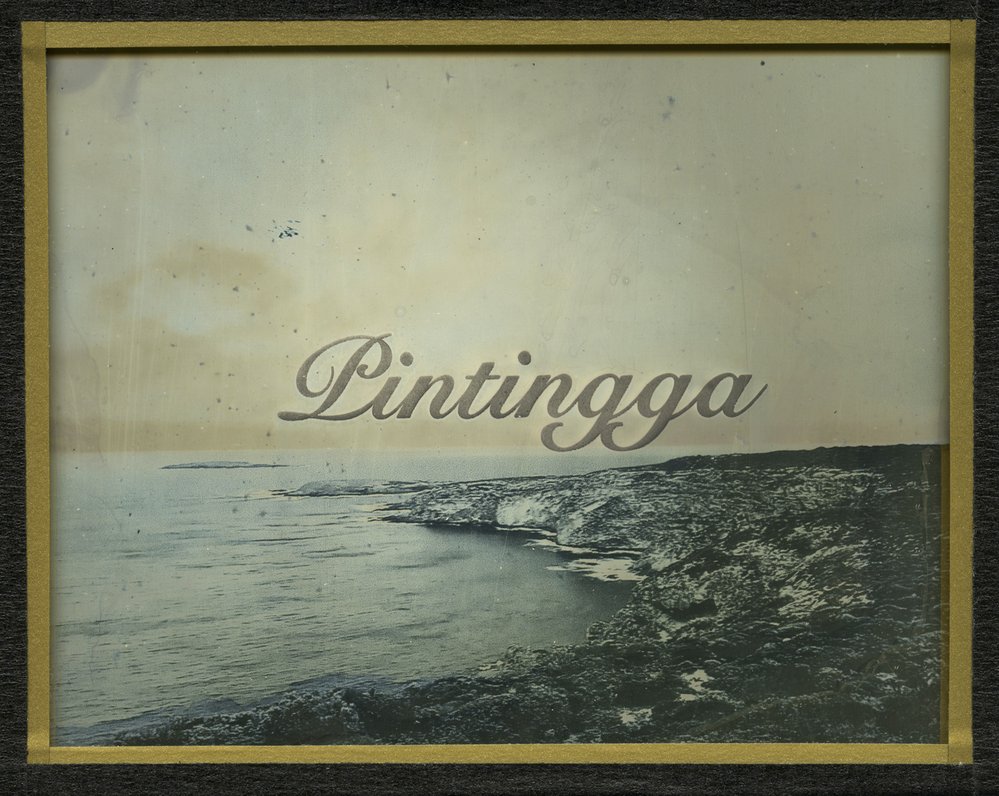 This little grouping of images is on top of a diamond. The diamond shape features a lot in Kaurna carving, but also this one’s referring to a specific cultural object that is quite a sacred object, but I can represent it in this format as a diamond. At the center of the installation is a work with Pintingga. Pintingga refers to Kangaroo Island, which used to be part of the mainland at the last ice age but had got cut off somewhere between 12,500 years ago and had become completely cut off by about 9,000 years ago.

It used to be a place where Kaurna people used to live, as well as Ngarrindjeri people and Peramangk, and Narungga used to have connections to it, and Barngarla, too. These days we just have connections to it; it’s a place we call. So Pintingga directly means “the place of the dead,” and so no one really lived there since the island’s been cut off. There’s evidence people might have been living on there or visiting there ‘til up to about 2,500 years ago.

But it’s a very sacred place for us. We’re allowed to visit it but we’re not allowed to live there. It’s a space that we associate with mourning. The people who live there now are not indigenous people. And it was the site where the first whalers and sealers colonized because it was not inhabited and it was a good place to set up before colonizing the mainland. When the British arrived after the whalers and sealers, they set up a town at King’s Cove at this site of Kangaroo Island.

So we have multiple names for Kangaroo Island; we can call it Karta which means island, or Lap, or Pintingga “the place of the dead,” so in long-form sometimes we call it Karta Pintingga.

I wanted to acknowledge this place in the photograph, so it’s overlaid with text referring to that space.