203. (Vanished Scenes) From an Untouched Landscape 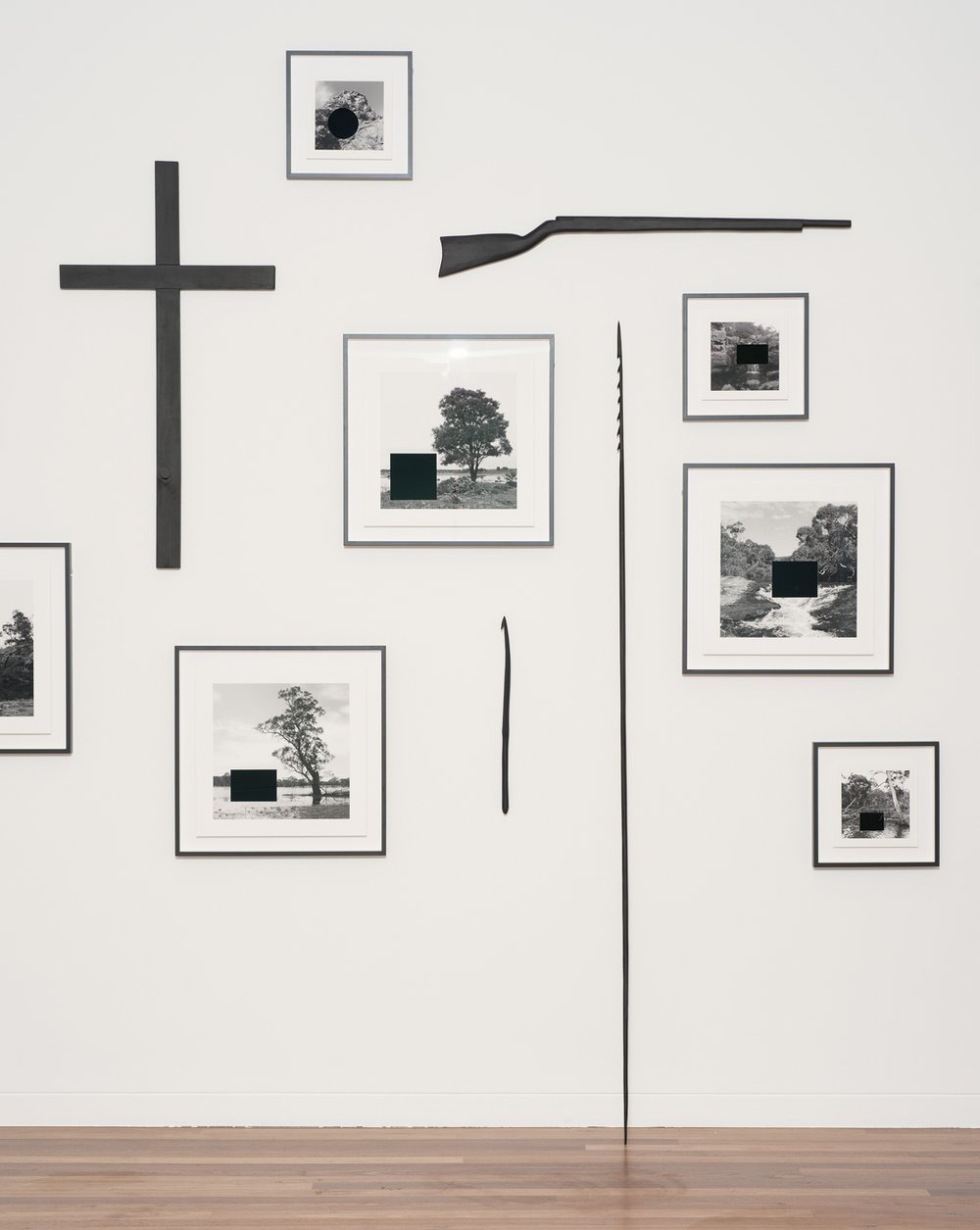 In this salon hang, there is a cross at the center and then there’s three photographs around it of different landscapes. All of the landscapes are significant to the representation of the cross.

When Australia was colonized by the British, they set up a series of missions all across Australia, and they were generally run by British or German Christians. Their sole objective was to remove Aboriginal people off the land, teach them English, and teach them Christian ways so that then they could become servants for white owners of the land.

Basically, the missionaries played a very significant role in the shaping of colonial Australia and Aboriginal lives for the last 150 years. The church for us has been a very destructive force, and its been bittersweet sometimes in the case of Kaurna in Adelaide. We had a place called Pirltawardli where they recorded Kaurna language, almost 4,000 words, by the German missionaries. But at the same time they then started a thing called the Stolen Generation where they removed children away from their parents and they took them 700 kilometres away from Adelaide to a place called Port Lincoln on the other side of the gulf. The children were then just brought up in English language and Christianity.

This has had a knock-on effect where we’ve had to spend the last 50 years since racial segregation ended picking up the pieces of the damage of colonization. So we’ve had to relearn language and learn our ways and reconnect with them. And some people managed to hold on to some things in missions, but it was really determined on how strict a mission was. Some missionaries allowed language to be taught. But in the case of Point  Pearce where the majority of Kaurna people were taken there was a strict no language rule. Missions were quite destructive in our history.

To me, the places around them are relevant to sites of missions. That you see to your right, is an area called Lake Condah, which was set up in Western Victoria at a place where the Gunditjmara were taken, and also other Koori, Victorian Aboriginal people, were taken to that site.

There was a lot of displacement, moving people around so that they didn’t have connections to their relatives. The missions were really really horrible places for the Aboriginal people.